Val d'Isère - France's answer to Verbier, St Anton and Jackson Hole - is both one of the best-loved and most-maligned ski resorts in the world.

A paradise for good skiers and boarders, with snowsure slopes and off-piste stashes, a hard-partying nightlife and accommodation to suit all types?

Or an over-priced and over-rated mega ski resort, filled with British yahoos and snobby 'seasonaires' and with businesses designed to separate visitors from their Euros as efficiently as possible?

There are elements to both sides of the argument that are true. But it is indisputable that Val d'Isère has been and remains one of the ski resorts that anyone with any pretension of calling themselves an expert or well-travelled skier just has to have visited. 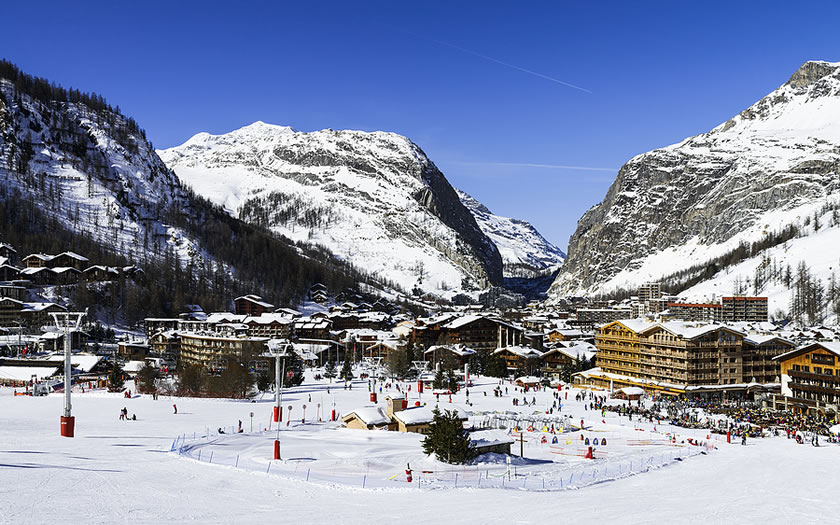 The history of Val d'Isère has much in common with the more traditional Austrian resorts rather than the many French ski resorts that are relatively new and purpose-built.

Like most of the Tyrolean villages, the settlement was originally founded as a summer refuge for the families looking after their animals in the high mountain pastures.

The valley, or rather the pass above Val d'Isère, had been known to the Romans centuries before but for many years the more important settlement was Tignes, further down in the valley and thus more hospitable throughout the year.

Life was tough in the mountains for the inhabitants, whose economy was mostly based around animal farming, and the harsh environment and hunger led to wild swings in population.

There was a limited amount of accommodation in Val d'Isère purely to deal with the small stream of travellers, tradesmen and pilgrims coming over the pass and down the Tarentaise valley.

Tourism itself began slowly and mostly in the summer months as the idea of the fresh mountain air in the Alps and the spectacular scenery available there began to gain popularity towards the end of the 19th century.

Winter tourism became a theme with the growing interest in skiing at the start of the 20th century. A local, Louis Bonnevie, became French champion in 1906 - tradition has it that the inhabitants of the high valley had long used skis to get around on the snow. And some of the summer visitors and locals started to push the idea of creating a ski area up here.

But it was not until the 1930s that the ski resort of Val d'Isère could really be said to have been founded. Poor snow in other lower French resorts led to the few hotels opening their doors for the first time in the winter and this was followed by the establishment of the ski school (with the help of some emigrant Austrian instructors).

Parallel to this happening, the road up and over the Col de l'Iseran was being constructed in conjunction with improvements of the existing route from Bourg St Maurice.

The first major lift, a cable car to the Solaise, was built during wartime, and following the end of the war improvements to the ski area, especially with the popular summer skiing on the glacier, rolled around in regular fashion.

La Daille, with its modern high-rise architecture, was constructed in the 60s, the link to the Le Fornet area in the 70s and the Albertville Winter Olympics in 1992 led to more improvements in infrastructure, pistes and, importantly the look of the resort.

Many of the practical but ugly high-rise apartment centres were slowly changed into buildings reflecting traditional design and using local materials - a movement that had been pushed by a new village council from the late 80s.

The last major event held in Val d'Isère was the FIS World Championships in 2009 and these days the prominence and reputation of the resort is recognised by the Criterium de la Première Neige - one of the first big ski races of the season for men and women.

The Espace Killy ski area, the ski pass combining Val d'Isere with the hamlets of Tignes and the Grande Motte glacier above it, has become one of the top winter destinations for a French ski holiday and something that any advanced skier needs to have experienced at least once.

What are the drawbacks?